WPP announces that it has acquired a majority stake in Team Y&R Holdings, the region’s largest diversified communications conglomerate, founded by Talal Makdessi (ArabAd Man of the Year 2007), established in 1997 and in which WPP has held a minority stake since 1999, and which operates in the MENA region. END_OF_DOCUMENT_TOKEN_TO_BE_REPLACED

Intermarkets, has announced an affiliation with the London-based FISH consultancy, specialists in Internet web-site design and promotion.

Considered pioneers in multi-media and the fast expanding medium of the Internet, FISH designs and builds award winning web-sites for a number of top blue-chip clients using a unique blend of creativity, marketing know-how and sophisticated technology.

Recent successes include nominations for the prestigious YELL Best Site Design Awards in the UK, for work on the Blockbuster Entertainment and The World Wide Fund for Nature (WWF) web-sites, the latter having been recently launched by HRH Prince Philip at St. James’ Palace, London. END_OF_DOCUMENT_TOKEN_TO_BE_REPLACED

Tales of war and peace

Erwin Guerrovich: clients will have to be more adaptable

Intermarkets founder, chairman and CEO Erwin Guerrovich gave Karen Thomas a progress report on how Lebanon’s reconstruction is effecting agencies and the media.

Israel’s bombardment of southern Lebanon and Likud’s subsequent election victory have hit Lebanese business confidence hard. Despite these setbacks, the international business community has kept faith in the reconstruction process and in Lebanon’s ability to pay back its debts. However, after 17 years of war, Lebanon has learned to function on psychological rather than economic factors says Intermarkets chairman and CEO Erwin Guerrovich.

Israeli raids on southern Lebanon led to a crisis in consumer confidence during the critical spring peak of March-June, he told GMR in an exclusive interview in Beirut.
Lebanese advertising expenditure fell dramatically after the south was evacuated and consumer confidence slumped to its lowest ebb in years. Agencies will not start to recoup their losses until the second annual peak from October to December, if then, Guerrovich said. END_OF_DOCUMENT_TOKEN_TO_BE_REPLACED 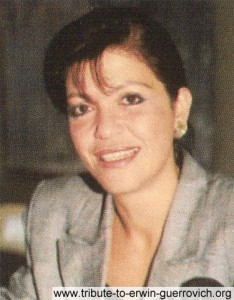 BEIRUT – Intermarkets Lebanon is undergoing a major reorganization that will give the Intermarkets Group unprecedented strength in Lebanon. Joining Intermarkets Lebanon in key executive roles are Ramsay Najjar, Elie Khoury with The Agency Group and Sonia Chaanine and her team. Erwin Guerrovich, President of the Intermarkets Group, described the move as “another landmark.”
The Agency, a young and creative company headed by Elie Khoury which quickly made its mark in Lebanese advertising, is merging with Intermarkets. Top executives of The Agency are coming on board. They include Adel Kanaan, Marketing Director, Hannibal Raide, Associate Creative Director/Producer, and Abdo Saleh, Chief Art Director.
END_OF_DOCUMENT_TOKEN_TO_BE_REPLACED

by a staff reporter

Joe Ayoub has recently relocated to Beirut as general manager at Intermarkets. He spoke to Arab Ad about himself, Intermarkets and the Lebanese advertising industry.

AA: Perhaps we could start by finding out who Joe Ayoub is.

JA: Briefly, I’m 34 years old and after graduating from the American University of Beirut in 1983, I started working as an auditor for a leading company. That lasted for two and a half years. My first steps in advertising were at the Promoseven agency which I joined in 1986. I stayed there for six months and then I was offered a job at Strategies where I was responsible for the Fattal group. One year later, in 1988, I got the opportunity to join Intermarkets in Saudi Arabia, handling mainly Proctor & Gamble’s business there. I have been at Intermarkets since then. I was promoted quickly to group account director at the Middle East level for PSC and the Nissan motor company. These were the two major accounts I handled for the past five or six years at Intermarkets. After the liberation of Kuwait, I was promoted to general manager of the Kuwait office before being transferred to Lebanon in 1992 as co-managing director with Sonia Chaanine. And after her departure, I assumed the responsibility myself, managing director in Lebanon.
END_OF_DOCUMENT_TOKEN_TO_BE_REPLACED

DUBAI – Intermarkets concluded its Dubai meeting late January in which the company’s executives laid down plans for staffing, training and the upgrading of their four Gulf offices.

In the meantime Intermarkets concluded a workshop in Kuwait between 20-25 January for executives from the client servicing and media departments of Intermarkets Kuwait. Those attending included Rana Shebeata, Mohammed Kassassier, Shaheen Kazi, Mohammed Jundi and Louay Abu-Nada.

The Intermarkets Advertising Management Group recently held its annual meeting at the Royal Abjar Hotel in Dubai. The meeting reviewed the achievements of the group for the past six months, during which accounts such as Rothmans of Pall Mall, the British Bank of the Middle East, Trisa, and Alberto Culver were won.

The group also reviewed final plans for the introduction of direct/integrated marketing services via the joint venture company Tequila Middle East, which will operate as a sister company very much like Intermarkets Public Relations, Middle East affiliate of Burson-Marsteller, the world’s largest public relations consultancy.

The meeting finalised Intermarkets’ expansion strategy up to the year 2000, a strategy aimed at delivering the group’s goal “To be the best”.

END_OF_DOCUMENT_TOKEN_TO_BE_REPLACED

Following a review, Rothmans of Pall Mall (International) Limited confirmed that part of its regional account will move to Intermarkets, the associate company of Rothmans’ UK agency TBWA. However, the tobacco giant will also maintain close links with Publi-Graphics with whom they have worked for 20 years.
Publi-Graphics retain the sizeable sponsorship and public relations account for the Middle East division of Rothmans. The development of public relations has been of key importance since their entry into Formula One motor racing with the Rothmans Williams Renault team. END_OF_DOCUMENT_TOKEN_TO_BE_REPLACED

Intermarkets Advertising has been chosen to handle the advertising and promotional budget of Mtayleb Country Club. This is in line with the commitment by Intermarkets to provide clients with a consistent and continuos service.
Mtayleb Country Club will be the ideal environment for those who want to relax and get rid of the stresses of city life through sports or merely by doing their own thing. Membership of this luxurious club is restricted to shareholders. END_OF_DOCUMENT_TOKEN_TO_BE_REPLACED