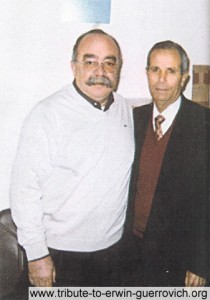 Mahmoud Nahas is a very happy man. Thanks to Christmas card and a lottery ticket he received last month. The ticket won the jackpot of LL 200 million. No chicken feed for a man who has been making coffee at Intermarkets advertising agency for 30 years.
“I’ve been buying these tickets every week for as long as I can remember,” he said. “I still can’t believe that I’m really the winner. It’s such a beautiful surprise to start the new year.”
Upon discovering that he had won, the office celebrated with cake and a party. “We were all so excited for him that we couldn’t get any work done that day,” said a colleague.
“We had a feeling that somebody in the office won first prize. Another employee had all the numbers but one, which netted her LL2million.” Antoine Aad, CEO of Tree Ad, has been sending more than 1,500 lottery tickets a year as gifts to staff in the advertising industry for about 10 years now. But this is the first time that a ticket has paid dividends.
Aad admits that this year he opted for the cheaper tickets New Year’s tickets he usually distributes, due to the current economic situation. But he could not be happier about Nahas’ good fortune.
“My association with Nahas goes back 30 years, to when I worked with him for Intermarkets,” he said. “He is a friend and I’m happy for him.”
Originally published in ArabAd, January 2000