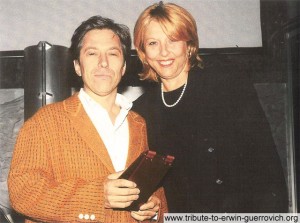 Paul Laramee, MD of Tam Tam, Intermarkets' associates in Canada, receiving the trophy from the President of the Publicity Club of Montreal

Intermarkets has been awarded the bronze prize of the “Prix de Nations – Liban” for their Sleep Comfort ad at the Mondial de la Publicite Francophone held recently in Montreal. The creative director of the entry is Tylda Ghosn.
The trophy was received by Intermarkets associates in Canada.
Originally published in Arab Ad, November 1998