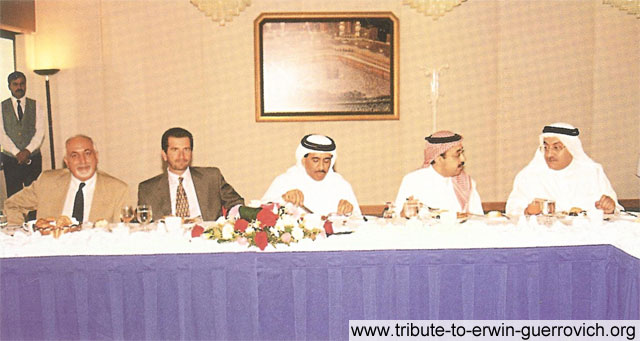 After an exhaustive review which included presentations from six of the most qualified advertising agencies in the Kingdom of Saudi Arabia, Saudi Arabian Airlines re-appointed Intermarkets Advertising to handle its worldwide marketing communications account in partnership with its international associates TBWA and its PR consultancy Ailamiah/lntermarkets Public Relations together with its international associates Burson Marsteller.
In his statement on the appointment, Abdullah S. Al-Jehani, Saudi Arabian Airlines Vice President Advertising and Marketing Programmes said:

“… after careful evaluation of the six presentations, it became obvious that Intermarkets with its established multi- disciplined communications set-up and its world renowned associates offered the full mix of creative excellence, strategic planning skills coupled with the product know how that would serve the Airline best in the long term.”

Erwin Guerrovich Chairman and CEO of the Intermarkets Group commented on the appointment saying: “We are delighted with the added responsibilities and look forward to continuing our close partnership with Saudi Arabian Airlines expanding our task of helping in building the unique position of our client as a world class airline with a distinctive Saudi character – not to the travelling public in the Middle East only – but all around the world.”
Originally published in ArabAd, October 1998