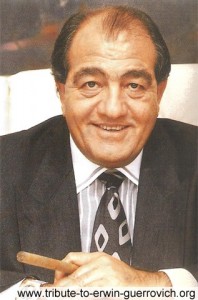 Edmond Ibrahim Moutran was born in Beirut, 1994 and graduated from Choueifat International College, Choueifat, Lebanon. Received his Bachelor’s degree in Marketing and Higher Studies in Mass : Communication from Southwest Missouri j State University in 1972.
Joined Intermarkets as Gulf Area Manager in January 1973.
Eddy opened Intermarkets’ Bahrain office in February 1973, and remained as Head of Intermarkets Bahrain till 1983, when he became Managing Director of Burson Marstellar (a PR agency) in 1979 maintaining his duties as MD Intermarkets Bahrain as well.
Founded MEMAC (Middle East Marketing and Communications) in January 1984, with one client, four people, j and a capital of US $25K. 1984 Bahrain- 1986 Jeddah – 1987 Dubai – 1990 Kuwait – 1990 London- 1994 Lebanon- 1997 Egypt.
Today MEMAC has a network of 7 offices with 171 people, and a turnover of US$85 million.
Founding member of the GCCAA, is an IAA Bahrain member since 1977. e became a board member of Ogilvy&Mather Africa in 1996. Initiated and became the first Chairman of Middle East Advertising Agencies Association (MEAAA)

Originally published in ArabAd, May 1998